Last year, the 2013 television season brought us several new scifi-oriented shows.  Only a couple of them survived.  Does this year bode as well (or as poorly) for the genre?  I’m not sure.   I’ve been checking out some of the new show previews on Xfinity.  Here’s what I’ve gleaned so far.  Interestingly, these three remind me of three current shows.

The Gotham cast: All the main players are here.

The most highly-anticipated show of 2014 is a prequel to the Batman saga.  As with Marvel’s Agents of S.H.I.E.L.D., I’m behind the power curve, having seen only a handful of the many Batman movies made in the last several years.  Ratjer, my exposure to the Batman world came from the Adam West Batman series of yesteryear; and its campy, cartoonish vibe was much different from the dark, forlorn tone of the movies and (I suspect) the comic books.

END_OF_DOCUMENT_TOKEN_TO_BE_REPLACED

You can vote for two shows.  Two shows only.  Otherwise, things could be messy.  Of course, that’s assuming anyone (besides Natalie) will vote.  😉

C’mon followers, all it takes is one or two ticks.  Don’t be shy!

(Sleepy Hollow isn’t included because it’s already been renewed for a second season.)

Now that Supernatural March Madness is over, it’s time to get back to reviewing and rating the shows.  And there’s an exciting new twist —> YOU get to rate the episodes!

We could use stars to rate the episodes, as I’ve done in the past.  Or we could make the experience more personal with other icons.  Here are our options: 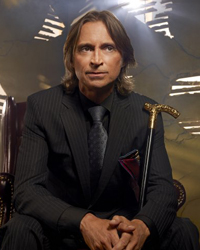 Robert Carlyle as Mr Gold, Once Upon a Time

Once Upon a Time premiered its second season Sunday.  I’d forgotten to list it on the page of shows covered here because I’d forgotten I watched it, having not watched the reruns this summer.  (Were there reruns?)  It’s one of those Sunday evening shows I would watch to mentally unwind before Monday.  (ABC is even advertising it as such now!)  Along the way last year, there were some mighty enjoyable episodes.

In reading the Television Without Pity recap and some of the forum, I realized how few season 1 details I remembered.  Like the name of Rumpelstiltskin’s son.  And Snow White’s one night stand with Dr. Whale (and Dr. Whale’s name).  And exactly how the chipped cup became chipped, even though “Skin Deep” was one of my favorite episodes.  (Robert Carlyle so deserved an Emmy nomination for it.)

Season 2 has elevated a couple of my favorite recurring characters (and cast members) to regular status, most notably Belle (Emilie de Ravin) and Ruby/Red Riding Hood (Meghan Ory).  We were introduced to Mulan (my favorite line from the movie Mulan?  “You’re da man.  Sort of.”), and are promised Captain Hook, Lancelot, and a host of others.

Once Upon a Time isn’t “must see tv” for me’ and yet the premise intrigues me.  Before last fall I couldn’t comprehend how the fairy tale world and the real world could be simultaneously depicted, but the dichotomy was handled nearly seamlessly the first season.  Given the new circumstances of the show, with the characters remembering their pasts (as well as their presents), where would the drama come from?  There’s only so much Evil (Regina/Queen & Gold/ Rumpelstiltskin) vs Good (town/everyone else)  I can take.

I shouldn’t have worried. The powers behind Once Upon a Time appear to be great story tellers.  They take much of what we loved about our childhood fairy tales, but have added enough modern day twists to surprise us.  The annihilation of most of Fairy Tale Land, the separation of Snow White and Prince Charming, and what looks to be the Battle of the Princesses (Show & Emma vs. Sleeping Beauty & Mulan) should keep us entertained for more than a few weeks.  I just hope Phillip isn’t dead forever.

TV Guide‘s “Returning Favorites” issue (Sep 24-30) is out.   I picked it up mainly to see what they had to say about Supernatural, the show that got me hooked on sci fi tv in the first place.

A scene from Supernatural’s season 8 premiere

I admit I haven’t kept up with the Supernatural news over the summer, other than knowing Sera Gamble left and Jeremy Carver is taking over as show runner.   I think that may be a good sign.  I never cared for Gamble, while Carver wrote a couple of my favorite episodes (“A Very Supernatural Christmas” and “Mystery Spot”).

There was a time when I couldn’t wait for a new episode to air.  I would even watch the summer reruns to savor the goodness.  That died with season 5 (the first season I stopped buying the DVDs), and although I still record the prime time repeats, I seldom watch them.  The exceptions this year were “Time After Time”  (with Elliot Ness !) and “Party On, Garth.”

I am concerned that the show is beginning to repeat itself.  Dean was left in purgatory at the end of season 7 (akin to his stint in hell at the end of season 3); and Sam has moved on and is out of “the life,” mimicking Dean’s foray into normalcy when Sam sacrificed himself to hell in order to prevent the apocalypse (end of season 5), which in turned mimicked Dean’s time in hell. Nor am I particularly enthusiastic about the Kevin and “word of God” storyline.  But I’ll keep an open mind.  In the past I’ve often been pleasantly surprised by episodes that initially sounded so-so.  (Perhaps because my expectations were not high.)

A couple tidbits that do excite me?  The Impala is back!  And Garth returns.

In a week of good episodes, with nearly all the shows building towards a season (and possibly series) finale, I would be remiss if I didn’t single out Supernatural.  Not just because it’s my favorite tv show, but because “Swan Song” was not only the season finale, it was the climax to a five-year story arc; and indeed, creator Eric Kripke’s personal swan song.

When you have a show as consistently good as Supernatural, and the ending of a 5-year saga of two young men caught in the middle of a battle between heaven and hell (not to mention destiny vs. free will), anticipation is bound to run high.  And the odds of falling short of expectations are great.

I can’t say that “Swan Song” disappointed, but then I didn’t have grand expectations either.  In the past couple months, my passion for the show has been waning.  Perhaps it’s because I was growing tired of the apocalypse and just wanted it over.  Or perhaps it’s because I know Eric Kripke’s involvement with the show is ending and I worry the show may have outlived its time.  Or it may be that my real life is interfering.

END_OF_DOCUMENT_TOKEN_TO_BE_REPLACED

Before I start discussing all the other scifi showsout there, I suppose I should weigh in the Supernatural‘s 100th episode, “Point of No Return,” as well as a couple other related items.

The Supernatural March Madness tournament is finally over.  It ran awfully long this year due to my crazy-awful busy work schedule.  But most folks stuck with it to the end.  For the third year in a row, the winner was “In My Time of Dying.” And since the tournament has run for only 3 years, it’s the only champion we’ve ever had.  Interestingly, it’s been up against a different episode every year, and yet it prevails.  Although last year “Lazarus Rising” gave it a run—even more so than this year’s “What Is and What Should Never Be.”  “In My Time of Dying” should be showing on TNT in the next couple weeks.  If you’ve never seen it, you should check it out.  It was directed by the late, great Kim Manners, and is damn near perfect.

Now, on to the 100th episode.  TV Guide had a write-up about the episode last week—but creator Eric Kripke was never mentioned! That is all kinds of wrong! Instead, the interviews went to Sera Gamble (whom I understand is taking the helm in season 6.  (More on that some other time.)

As for the episode itself, it’s gotten mixed reviews.  I suppose it helps if you forgot (like I did) that it was a “special” episode.  Truthfully, in recent weeks, the show has been so heavy on the overarching story that the show has been incredibly depressing.  (But then, we are talking about the apocalypse!)  While I haven’t “dreaded” watching new episodes, I haven’t been overly enthusiastic either.  Last Thursday was no exception.

My thoughts really didn’t change as the story unfolded;  although it was nice to see some recurring characters and the surprise (for me) return of the Winchesters’ dead half-brother.  But there was some delightful goodness, most notably “nerd-angel” Castiel’s beat-down of Dean Winchester.  (Not to mention giving us the term of “nerd-angel.”)   The episode alluded to “Wincest” (once again), saying the Winchester brothers were, among other things, “erotically” dependent on each other.  (I’m not even sure what that means.)  And there was a nod to the Dean/Castiel community.  (If there is a term for that pairing, I don’t know what it is.)   There was homage to many who sacrificed their lives (although my favorite, Pamela Barnes [played by the beautiful Traci Dinwiddie] was not mentioned).  And the smarmy, angel you love-to-hate, Zachariah, met his demise  At Dean’s hand, no less.

But even with all that goodness, the episode still would have been just “ok” if not for the ending.  Dean, who had lost all hope and faith, looked into the eyes of his younger brother, and realized what he would have been throwing away.  It was a surprise ending, and it totally warmed my heart and gave me hope.

Thank you Supernatural writers, for serving up the unexpected.  You do that so often, I shouldn’t be surprised any more.  But I always am.