Last year, the 2013 television season brought us several new scifi-oriented shows.  Only a couple of them survived.  Does this year bode as well (or as poorly) for the genre?  I’m not sure.   I’ve been checking out some of the new show previews on Xfinity.  Here’s what I’ve gleaned so far.  Interestingly, these three remind me of three current shows. 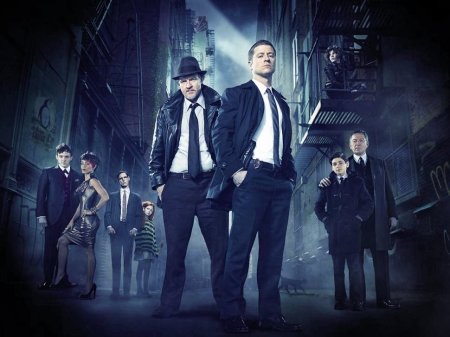 The Gotham cast: All the main players are here.

The most highly-anticipated show of 2014 is a prequel to the Batman saga.  As with Marvel’s Agents of S.H.I.E.L.D., I’m behind the power curve, having seen only a handful of the many Batman movies made in the last several years.  Ratjer, my exposure to the Batman world came from the Adam West Batman series of yesteryear; and its campy, cartoonish vibe was much different from the dark, forlorn tone of the movies and (I suspect) the comic books.

END_OF_DOCUMENT_TOKEN_TO_BE_REPLACED

Well crap.  Intelligence was cancelled in favor of another season of The Mentalist.  That makes yet another show down the drain.  My Current SciFi category is going to be significantly smaller next season.   Let’s look at the count. 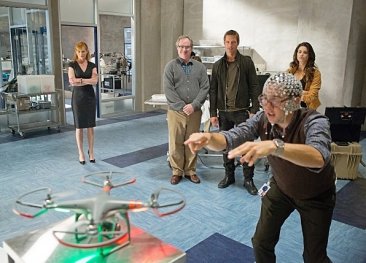 END_OF_DOCUMENT_TOKEN_TO_BE_REPLACED

And with a bang.  Well, not literally.  But “We Need to Talk About Kevin” was probably the best season opener since season 4, when Dean mysteriously returned from hell.  Interesting that this year he mysteriously returns from purgatory.

I’m a little nostalgic.  I went looking for thoughts from former SciFi Chicks and found a mixed bag.  Suzanne liked it (for the most part), Sandy didn’t.  Sadder still, other chicks have stopped posting, the Supernatural Sisters have disbanded, and I’ve lost track of Natalie.  It makes me 😦 .

So,  about the season 8 premiere.  For  a semi-rehash of the season 4 opener (which worried me), it was quite good, and more original than expected.  Dean is on edge, rather than confused.  Sam is shacked up with a vet and a dog instead of demon.  So that’s an improvement.

END_OF_DOCUMENT_TOKEN_TO_BE_REPLACED

[I was going to shorten the title DreamWorks Dragons: Riders of Berk to just Riders of Berk, but last night’s episode introduced the series simply as Dragons (as in “Previously on Dragons”).  Hey!  That’s even shorter! 😀 ]

I mentioned elsewhere my excitement of Alvin being introduced to the series, so I was looking forward to “Alvin and the Outcasts.”  Alvin plays a predominant role in the books, and I was delighted to find out he’d be on the series. And even more delighted that he’d be voiced by Mark Hamill.  As with Fishlegs, Alvin is a tad heftier on tv, but he’s still a force to be reckoned with.

Although not my favorite episode (probably because there was minimal Toothless), there was still plenty to endear it to me.  For one, Stoick’s concern for Hiccup:  Stoick has indeed become proud of Hiccup, and the series does a wonderful job of showing his attempts to be a good father.  For another, Fishlegs:  I adore Christopher Mintz-Plasse, and the series has given him some great scenes.  This episode provided us with a delightful girly scream, among other things.  And thirdly, we see a glimpse of the leader Hiccup will become.  His words to Mildew, “I will never forget,” delivered with such confidence and conviction, show us that Hiccup will be a good chief to the Hooligans.

But seriously? Alvin was voiced by Mark Hamill??  Gosh, he didn’t sound at all like Luke Skywalker.  Then again, isn’t creating another persona part of an actor’s job?  If anything, I respect him more as a (voice) actor for being unrecognizable.

Best of all, it appears that Alvin will be back.

Yep, after a 2+ year absence, I’ve returned!  The impetus for this return is, surprisingly, a cartoon.

I’ve written a few posts about DreamWorks Dragons: Riders of Berk on my personal blog.  I was going to write more, but decided I ought to fire up the ol’ SciFi Chicks blog once more.  This way I can write about every single episode in a more appropriate forum.  And I can exercise my blogging muscles by writing about other sci fi shows I watch.

I’m in the midst of some blog housekeeping, but decided to begin posting again.  Otherwise, I’ll spend all my time organizing the site and never get any posts written.  🙂

Here’s a first—SG: Universe made me cry.  Aw.

I really enjoyed this episode, but then I’m a sucker for love.  I knew I’d seen “Amanda Perry” before but couldn’t place her.  Then I saw the actress was Kathleen Munroe.  She played the desperate mother of a changeling in the Supernatural episode “The Kids Are Alright” and was superb.  I’ll get to her storyline in a moment.  First let me digress…

I love Camile and Sharon.  I like that the show has a lesbian couple, but it’s not a big deal.  While it’s part of Camile’s character, it’s never an issue and almost never discussed until Camile returns home. Of course, this time ’round, it was all the more poignant with Camille being in the body of a quadriplegic.

Poor Lt. James.  Lots of fans have been wishing she had a bigger role, and this episode gave it to her.  Too bad her freak-out was what caused the sabotage.  But in her defense, she did come forward and own up to it.  Time will tell if they make her a constant bumbler, or give her more character.  I think she has had a couple of good moments, recommending to Rush on planet to split up the teams (although I don’t remember what for), and the attempted rescue of the “3 stooges” plus Greer.

Of course, the star of the episode was Amanda Perry and her attraction to Rush.  Her delight at her mobility—feeding herself, running with the crew—was so wonderful it sparkled.  And the scene where she wanted to take advantage of her body to love Rush, and in the end simply giving him the hug she couldn’t when his wife died.  Yep, that was the tear point.  Like I said, I’m a sucker for love.

The immediate change in Rush’s personality when Camile returned was telling.  They’ve pointed to the complexity of his character before, but this gave us a direct comparison and it was fascinating.

The door is open for Amanda to return again, and I hope she does.  Kathleen Munroe is so good, and the possible story-lines are just too great to pass up.

The hacking of my website has given me renewed interest in (almost) all things web.  Including posting more regularly.  So, I thought now would be a good time to talk about some of the (other than Supernatural) scifi shows I’ve been watching.

So, what shows are you watching?  Caprica?  Something else I’ve missed?  I’d love to know.